History of Mensa - from Britain to the world

Soon after WW2 in Oxford (1946), two men met on a train and started talking. One was Roland Berrill (1897–1962), an Australian ex-pat bar­rister who never practised at the Bar but lived on the payments from his investments. The other was Dr Lancelot Lionel Ware (1915–2000), work­ing in law and science. They began talking about intelligence testing, a topic of great interest to Ware, who was working at the National Institute for Medical Re­search.

In Oxford, they discussed the formation of a club dedic­ated to intelligence. There they formed The High IQ Club, with Berrill doing the funding. They chose the name Mensa because it meant altar tab­le in Latin and was also suggestive of the Latin words for mind and month i.e monthly meeting of great minds around a tab­le. Berrill had the first Mensa literature printed in Oct 1946 in Caythorpe Lincolnshire. 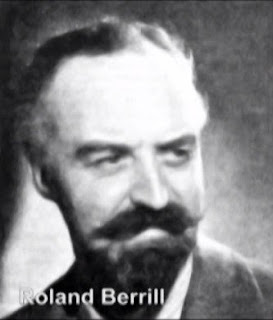 The constitution of Mensa International was formulated and the first international elections were held in 1964. The constitution listed the organisation’s main purposes: to
1. identify & foster human intelligence to benefit humanity.
2. encourage research into the nature & uses of intelligence.
3. provide an intellectual & social environment for members.

Other goals of the organisation were the further­ance of literacy and programmes to develop the minds of gifted child­ren. Mensa also provided contact between people of high intellect, both for professional and social purposes.

There were no educational requirements for membership, nor stip­ul­ations about gender, age, race, creed, colour or national origin. The majority (66%) of members were male, the youngest memb­ers just 2 years old and the oldest members were 100+. Members have included both obscure and famous persons, including writers and scientists.

Intelligence was measured by the Stanford-Binet IQ test, in which an IQ of 132 was the minimum acceptable score. Other standardised intel­lig­ence tests could be used eg the Cattell Culture Fair Intel­ligence Test. To become a Mensan, the only qualification was a score at the 98th percentile. And that the appr­oved intel­l­igence test was run and supervised by a qualified examiner.

Unlike upper-class Ware and Berrill, Londoner Victor Serebriakoff (1912-2000) left school and worked as a clerk for a timber company and then as a manual labourer, but unemployed in the Great Depression. In the standardised Army intelligence test during WW2, he achieved a very high score. After the war he went back to the timber business, invented a mach­ine for grading timber, wrote a book British Saw Milling Practice and became a saw mill manager. He joined Mensa in 1950, and then married another Mensan, Winifred Rouse. Just as Ware and Berrill were called the founders of Mensa today, Serebriakoff became known as the builder of Mensa. 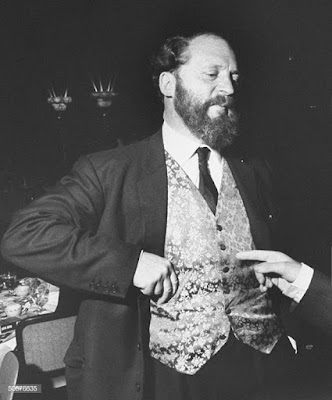 Clearly intended as a non-profit social club for people among the highest intellect in the human population, the founders expected an aristocratic gathering of intelligentsia. Were they dis­appoint­ed to find that many members were mostly from humble origins? I hope not.

The first members in the USA were expat Britons, or Am­ericans who had learned about Mensa while visiting UK. John Wilcock was a reporter who had attended a meeting in Britain, and on his return home, The Village Voice published his column about Mensa. A medical writer in New York, Peter Sturgeon, read the col­umn and contacted the Mensa Selection Agency. Sturgeon joined up in May 1960 and was authorised in August to formally start a New York branch This was the first recog­nised Mensa division outside the UK and it evolved into American Mensa. Its nat­ion­al office is now in Arling­ton Texas, with divisions in large cities like Chicago and Los Angeles.

The Mensa Education & Research Foundation was established in 1971 to pursue excellence in the study and use of intelligence. With its focus on education, awards and scholarships, this non-profit, phil­anthropic arm of American Mensa and of Mensa Intern­at­ional gave an average of $60,000 in scholarships through a programme across the country. Yearly awards were also given to recognise research, education and publicity regarding intel­ligence and creativity. And it published the Mensa Research Journal. 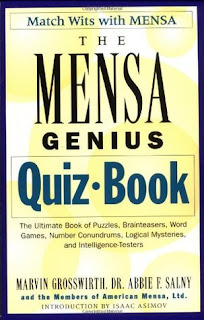 The Mensa Genius Quiz Book helps the reader find out if s/he is genius or not.

Mensa International is the umbrella organisation for national groups found in 100 countries. With c134,000 members world-wide, the USA has the most members with Germany second biggest. In Australia, the organisation was started in 1964 by a number of mem­bers of British Mensa who had moved to Australia. Today there are 2400 members. In 1966 in Tor­on­to, a committee was set up to form a Canadian Mensa, in time for the nation’s Centennial. Today Canada has 2000+ members.


Mensa provided very important social and intellectual activities for adults, but what about for young people? Brain Blogger reported a 2004 study measuring 140 American eight-grade students; it concluded that self-discipline was more relevant to academic results than IQ scores. And a British psychometric study measured the correlation between Emotional Intelligence and academic per­formance in 650 students. It concluded that Emotional Intelligence had increm­ental validity over cognitive ability and established personality traits in predicting achieve­ment and behaviour.

Is membership respected and impressive, or is it a certain way to lose friends and alienate people? If a healthy self-image and a good self-discipline achieved better ac­ademic results than a mere high IQ, was having a Mensa-level intelligence the last word in helpfulness?

Don't all teens use iPads and phones now, instead of talking with friends face to face? I hope Mensa social groups can improve teenage social skills.

agreed. Having the highest intellect in the community does not guarantee that a person has social skills. In fact it is possible that technologically uber-skilled young people may need even more support in developing friendship groups. Getting them out of the house to monthly meetings is a great idea.

You used to hear about Mensa a lot more in days past. I wonder if, in this era of mediocrity where everyone-gets-a-prize, its intellectually elitist membership is seen as somehow suspect or just old-fashioned. I've only ever known one Mensa member, although I'm sure they must roam among us!, and he was distinctly lacking in what you might call Personality.

My university educated children had never even heard of Mensa.

Hello Hels, Somehow the idea of a group of people going around thinking about how intelligent they are does not seem too appealing, although you do point out that they do sponsor a few worthwhile activities. Also, the IQ requirement stems from a single measurement of intelligence, which in fact comes in many forms and can be measured in many ways.

Overall, society has been designed to crush manifestations of intelligence, as Pipistrello alludes to. Popular culture has long made fun of intelligence and academic achievement, making smart people seem members of some alien race. I have seen many high-schoolers hide their intelligence so as not to outperform the average students, even though this may destroy their dreams of attending a superior college, unless they keep their intelligence a dark secret.
--Jim

Right on! All other considerations aside, there would never be a single measurement of intelligence that would be accepted by the entire community.

At the very beginning, the Mensa fathers decided that membership would be measured by the Stanford-Binet test, even though many psychologists understood that Standford-Binet could only measure a limited definition of intelligence. I imagine that if potential members for Mensa had to sit for 6 or 12 tests, no-one would have made the effort.

Popular culture has long made fun, not of academic success itself, but of blatantly flaunting formal education, sophisticated language and smarty-pants intelligence. It was, and still is considered snotty.

Hi Hels - I just know of Mensa ... but have never looked into the organisation - so this post is really helpful ... and interesting - cheers Hilary

I think I would keep quiet about it if I was super intelligent and use it to my advantage at times.

when I was a school student, I thought a person won Mensa membership in a prestigious international award, probably awarded in Sweden :)

Agreed. Yet if people are very tall or physically strong or fast or technologically skilled, they are proud to find a sport or career that shows off to the world their special skill. If they sing brilliantly, they go on national television to be judged in public. So what is it about high intelligence that makes people reticent?

Its interesting ,I have known a member of Mensa who I have to say wasn't a particularly effective human being and never did particularly well with her life if measured in the indicators of success. I have a lot of sympathy for people who have wide ranging interest sand inquiring minds wanting to talk with others about their interests but the idea that people should be focusing on how clever they are is asking for trouble .Surely someone who is preoccupied would be seen as a narcissistic oddity I wonder too if the widespread use of the internet has enabled the meeting of intelligent people online and so maybe they feel less isolated and fulfilled than would have been possible years ago.
I do agree with others though that we do seem to be living in an era preoccupied with banality and where any deep thinking is seen as laughable and suspect by the general public. That is why we have Donald in the White house, the Kardashians and perhaps our own debacle here in Australia.

re preoccupation with banality and shallow thinking, I have spent a lot of time thinking about President Thump when he is in front of the tv cameras. His language is so clunky, repetitive and contradictory, I have three possible explanations:
1. he is truly retarded and simply does the best he can in public.
2. he is of average intelligence but fears that he will lose his Electoral Base if he doesn't lower his perceived intelligence. Or
3. he is of average intelligence but he believes that bullying and foul language make his position faster.

Remember Joh Bjelke Petersen? I felt the same about his confusing thinking.

Suspect that he of bellow average intelligence BUT has great cunning and makes his base comfortable by reinforcing all their prejudices.I base my estimation of his intelligence on his inability to absorb and understand briefing notes etc which has been well documented . That tied in with very poor impulse control leads to a disastrous handling of anything requiring complex thought.
That's what Joh did too.

Agreed. In a man with very poor impulse control, inability to deal with complex thought and limited capacity to understand other peoples' briefing notes, great cunning may be Thump's alternative skill. There is no way Stanford Binet (or Wechsler etc) would ever pick that up.

thanks for reading my post, but I don't think we have that holiday in Australia.