Prof Peter Singer, born safely in Australia straight after the 1939-1945 war, wanted to get to know his late grandfather, David Oppenheim. This was a man who died in the war in 1943, before he could reach a safe place. Luckily for Singer, heaps of documents survived. His aunt, Doris Liffman, had studied some of the letter-based material years earlier for her university degree.

These days I ask my students to read Pushing Time Away ( Ecco, 2003), but not because they are necessarily interested in Peter Singer’s task in discovering his own family history. Rather I want them to un­derstand Viennese Jewish intellectual life from the late C19th until 1933. 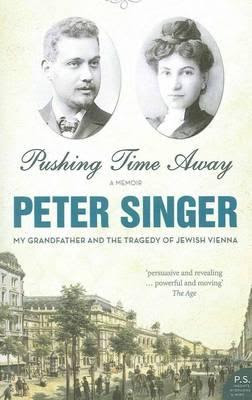 A new golden age of building came to Vienna, based on the grac­­ious Ring­strasse which was created 1860-90: all the city’s great institutions were lo­cated there. Diff­er­ent from the churches and imperial buildings which were already present in central Vien­na, the new Ringstrasse devel­op­ments were buildings which stressed secular culture, education and the new constitutional government. These included the Parliament, Rathaus, galleries and University. But above all, it was a place for café society to parade and debate.

At the end of the century, 10% of the total pop­ulation of Vienna were Jews. Note that at the same time, c30% of the Akademisches Gymnasium students, 60% of Vienna’s physic­ians and more than 60% of Vienna's lawyers were Jewish.  Ideas were in ferment and Vienna was a very cultivated city. The Portrait of Adele Bloch-Bauer I (1903-7) was a perfect example of integrated Viennese culture. The greatest patron of the Vienna Secession artists was Jewish businessman Ferdinand Bloch-Bauer (although this gorgeous painting by Gustav Klimt was stolen by the Nazis in 1941).

In Oppenheim, Singer found a well placed man to witness Vien­na’s Golden Age. Oppenheim “only” taught classical languages in the high-class Gymansium, so he was not in the cen­tre of Vienna’s in­tellectual ferment at work. But he moved to the cen­­tre in every­thing he did. Oppenheim’s life was lived in cos­mop­olitan Vienna and he could not help contemplating and writ­ing about many of the significant issues that crossed his fertile mind.

Inevitably Oppenheim was drawn into Sigmund Freud’s circle, where his literary and philological skills seemed to be much appreciated. This earned him a footnote in the 1911 edition of The Interpretation of Dreams (suppressed when Oppenheim threw in his lot with the “heretic” Alfred Adler).

I am uncertain what to make of Singer’s grandmother, Amalie Pollack Oppen­heim. She was no intellectual slouch herself, having enrolled at the University of Vienna in 1899; she was only the 39th woman to ever grad­uate from that august institution. But her career went no­where, so one is left to guess that her role was a] raising healthy, happy, educated children and b] supporting her husband in his resear­ch, writing and publications. I was quite interested in the comp­lex­ities of Oppenheim’s and Amalie’s relationship, but I would have loved to have known what contributions to learning Amalie made, outside the home. At least Amalie had the huge good luck and the strength to survive the Nazi camps, and to reach freedom in Australia. 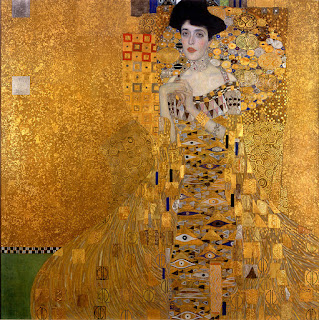 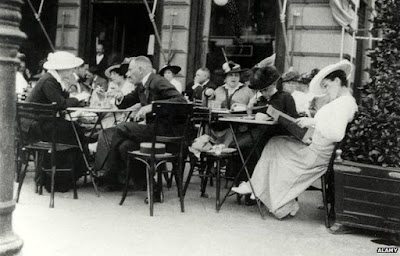 Historical researchers have to thank families who kept copies of all the letters they wrote and received. Those families had enor­mous foresight! Even had David Oppenheim been born in Ballarat or Leeds, his story would have been worth telling. But Pushing Time Away focused on the critical moments in the Austro-Hungarian Empire’s transition from the late C19th glory days and of learning, to the arrival of Nazism and despair.

In early C20th Vienna, the city's cultural influences were unsurpassed. So it was impossible that David and Amalie Oppenheim could have known that they had seen the decaying decades of the Austro-Hungarian empire. Could they have understood what the terrible Anschluss in March 1938, when Austria became an integrated part of Germany, revealed?

Andrew Riemer of the Sydney Morning Herald had believed such ideals were destroyed by the ideol­ogical fury of Nazism, the sign of Hitler's true triumph; that post-Holocaust, many Jews sloughed off the rich secular heritage their European ancestors evolved. So Riemer might have been wrong. Peter Singer clearly saw was the continuity between his grand­father's intellectual preferences and his own: a dedication to secular humanism that so many Eur­opean Jews had espoused.  The triumphant brilliant Jewish Viennese culture!

The Bloch Bauer salon was the cultural centre of Vienna, inviting the best known artists, writers and musicians to their home each week - Klimt, Mahler, Strauss, Werfel, Wagner, Zweig. And imagine having supper with Freud!!! I was born at the wrong time, in the wrong country.

Hello Hels, What a tragedy and a waste that most of those who were part of the mainstream of Viennese intellectual life would live (or often die) to witness its demise. Imagine its development if it could have kept going and developing uninterrupted.
--Jim

Agreed. Cultural salons seemed to have been a delightful way for a patroness to invite the most creative and scholarly minds into her home each week to a] introduce patrons to practitioners and b] share thinking with people, regardless of their religion or political persuasion. As long as the participants all focused on the topic that the saloniere had chosen for that week. I wrote https://melbourneblogger.blogspot.com/2008/11/jewish-women-and-their-salons.html 10 years ago!

Just think. If your parents hadn't have fled Eastern Europe into safety before 1939, you wouldn't have been born at any time!

My final question to the students last week was exactly that! When faced with the choice of 1. attaining religious and political purity in the city Vs 2. remaining the city with the best architecture, literature, music, visual arts, town planning etc in the world, why did the Viennese authorities go with the first? Apparently they valued religious and political purity, at any cost!

Read a fine review of the Singer book by Christina James.

Until Kristallnacht, Jewish families living in Vienna were so well assimilated that they had no thought of falling victim to Hitler’s ethnic cleansing policies, even though they were aware of them. David Oppenheim had been awarded a medal for bravery for fighting for the Kaiser’s army in the First World War and so, even as Jewish ‘privileges’ in the city were reduced daily, he was convinced that the fact that he had fought for his country would save him and his wife.