We often assume that hist­ory can only be analysed via near-contemporary texts, so the theme of this month’s carnival was "the use of the visual, performing, musical and literary arts".  We can analyse history via these modes that did not come from official royal, church or military sources.

First architecture. Nick V at Intelliblog analysed Ephesus. Town planning made the Greek city famous; the Temple of Artemis c550 BC was an Ancient Wonder, but it was Emperor Constantine who rebuilt the public architecture.

Adrian Yekkes' fine example of Russian art nouveau was the 1902 Ryabushinsky Mansion in Moscow. Now the Maxim Gorky House Museum, visit the rooms used to exhibit paintings, Gorky's library and his furnishings. The house also tells the history of the Old Believers sect.

C18th Venice was a city famous for high quality art, music and fest­iv­ities. Masked revellers att­ended the opera. Vivaldi was maestro di concerti at the Pietà, responsible for composition, rehearsal and performance. But artistic reputations come and go, as Venetian Cat showed. 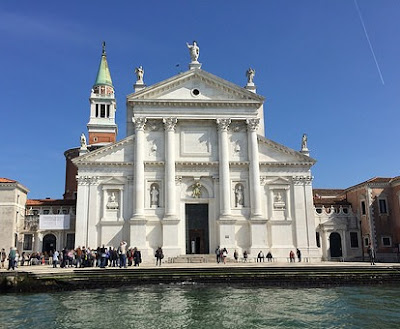 In Heritage Calling, Shrewsbury’s Flaxmill Maltings was a large factory embodying modern structural engineering. 50% of the workforce were women and 35% were children under 16, working long weeks. Engines with dominant boilers and tall chimneys appeared like a modern skyscraper.


On The Convict Trail discussed Horsecroft, an early colonial structure in Sorell Tasmania. Captain Glover and the convicts built the 400 acres homestead and stone barn in 1826 and a stone walled sheep fold. Read the history of bush rangers, and of Queen Victoria and her far flung colonies.

Then paintings, photos & film. A thing for the past analysed the history of beards, shaving and razors in the C18th. Johan cleverly analysed Scandinavian paintings and sculptures, and looked for differences based on age, income, participation in the military and urban/rural settings.

Follow Jacques Tissot's career in A fancy Frenchman’s Jewish Jesus. Tissot lived the good life in London from 1871 on, painting lush society women. Only in 1885, aged 50, did he have a St Paul moment. He visited Ottoman Palestine, painting landscape, architecture, religion and people.

Art and Architecture, mainly analysed the history of modern German art, starting with Die Brücke's campaign against Wilhelmine morality in 1905. Most of the artists now in a Israel Museum Exhibition were branded degenerate after 1933, and their art confiscated, destroyed or sold.

Ben Knowles in The Victorian Era examined Russian paintings of porcelain tea sets and asked about the social history of tea drinking in Scandinavia and Russia.

Bruce Dearstyne wrote about Albany's Institute of History & Art in The New York History Blog. "The Capital Region in 50 Objects Exhibit" tells of conflict, industrial history, politics and culture. The site was established in 1791 as the Society for the Promotion of Agriculture, Arts and Manufactures.

Environment, Law, and History by Mark Weiner analysed the Austrian landscape around Salzburg. His video explored it as an inheritance of the legal principles of monarchy and of a desire for security. In the same blog David Schorr wrote "Art and the history of environmental law", a series that started with the Impressionists and continued into the C20th. 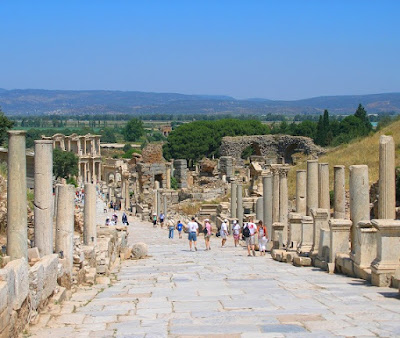 the many-headed monster by Jonathan Willis showed Oliver Cromwell and his C17th puritans tried to ban Christmas because of the revelries!! The abolition of Christmas was a hot topic in the popular pamphlet war of the 1640s-50s.

Napoleon on St Helena reading books was in Finding Napoleon by Margaret Rodenberg. He was always a great reader/book collector; as a general and emperor, he carried a mahogany travelling library! Discover the books he read on St Helena and the men who spent long evenings listening.

The Resident Judge of Port Phillip examined the Melbourne Debating Society from 1841. Janine Rizzetti cited Jeffrey McNairn's book The Capacity to Judge in Upper Canada 1791-1854, analysing the topics selected and the benefits of vigorous public debates in Canada and Australia.

In The Pirate Omnibus, Simon Abernethy examined railway fares in London, in a 1937 Royal Commission. London Transport analysed New York's system of flat rate fares and found that when transport costs were pushed down, rents in distant boroughs rose. But would that happen in London?

In his memoir My War Gone By, I Miss It So Anthony Loyd travelled across Bosnia-Herzegovnia and spent time in Grozny at the height of the First Chechen War. Mandy Southgate reviewed Loyd's history of the region in her blog A Passion To Understand, in the light of subsequent history and trials.

Now American history. The word terrorism was analysed by The Junto blog, starting in a 1795 American news­paper, Philadelphia’s Gazette. In The Reign of Terror (1793-4), France's government purged France of counter­-revolution. The alarmed Washington administration used the term.

The Grems Doolittle blog followed brothers Henry and John Glen, merchants in Albany in the 1760s, and into military affairs during the French and Indian War and the American Revolution. And finally the US Congress.

Crailo State Historic Site blog examined King George’s War, a major colonial war fought between England and France which spread to Canada and then the US. The war, which ended in 1748, made few North American border changes.

The Friends of Schoharie Crossing blog followed the career of James Shanahan as a contractor on the Erie & Oswego canals, then railway projects, into New York state politics and finally Superintendent of New York State Canals.

The Quack Doctor blog discussed the use of a medicinal powder to cure drunkedness, Antidipso. These Edwardian advertisements were targeted at the wives of male drinkers.

Kelli Huggins viewed Elmira’s Most Eligible Bachelors in Chemung County Historical Society. The newspaper used images of the town's most eligible single men in 1888. In the same blog, Erin Doane analysed an explosion at Elmira’s Museum building (then a bank) in 1884. And the personal and political life of the bank president, John Arnot Jnr.

Lovely carnival! There are so many blogs here to read! Thank you very much for including me!

I think I included TOO many blog posts! But so many good nominations were received and I wanted to include as many of them as I could.

I am very glad you wrote about Anthony Loyd's experiences. This is the type of history I would not normally read, had it not been for the History Carnival.

What a diverse collection of reading. I already read your blog and one other.

very diverse! I knew and loved Jacques Tissot already, and I have been a regular reader of On The Convict Trail, Ornamental Passions, Finding Napoleon, Resident Judge of Port Phillip and Louise Wilson, Author. But Venetian Cat opened new reading for me, totally as a result of the Carnival. Ditto the New York History Blog.

Hello Hels, Thank you for showing us the scope and variety of blogs exploring history. I especially like all the personal and local viewpoints. You make me regret both the attrition in my blog exploration, and also the fact that I haven't been contributing myself lately.
--Jim

I knew about the History Carnival each month, but not all the others. Blog Carnivals are compilations of posts from various blogs that share a common theme. They are clearly a good way to discover new blogs that we might be interested in, and may help bloggers get exposure to a motivated audience. Often they have rotating hosts.

Thanks for including my post, Hels. A pleasant surprise. I look forward to reading the posts on the broad range of fascinating topics you've covered in this month's History Carnival - a treasure trove.

I quite like the look of the Maxim Gorky House Museum, thank you.

a hidden treasure trove at that! I expected far fewer posts to be nominated and fewer topics covered, especially since the universities are still on holidays in the southern hemisphere.

I too had not heard about the Maxim Gorky House Museum but I am not surprised that people are interested in the architecture, books and furniture in writers' homes. Students wanted to discuss Victor Hugo's house museums, for example, after a post appeared in this blog.
http://melbourneblogger.blogspot.com.au/2013/11/victor-hugos-house-museums.html