In reviewing the television film Churchill & The Fascist Plot (His­tory Channel), I loved the era, the historical records acc­es­sed and the connection to my other posts on late 1930s Britain. How­ever the title of the programme was misleading since Churchill was barely mentioned

Archibald Ramsay (1894-1955) was born into a Scottish aristocratic family. He fought in the war, then worked in London and married into another very aristocratic family in 1917. As befitted a young man of his social standing, Ramsay joined the Conservative Party and after a respect­able time, was elected as a Scottish-based MP. Conservative, deeply Christian and traditional, yes; Fascist and bitterly anti-Semitic, no.


What changed Ramsay into an extreme rightist? Sometime during the Spanish Civil War, Ramsay became a rabid Franco-ite, hoping presum­ably for a return to the monarchy and a strong Catholic Church (sic). Clearly he was drawing comparisons between the hated Spanish Republicans and the despicable Soviet Union. 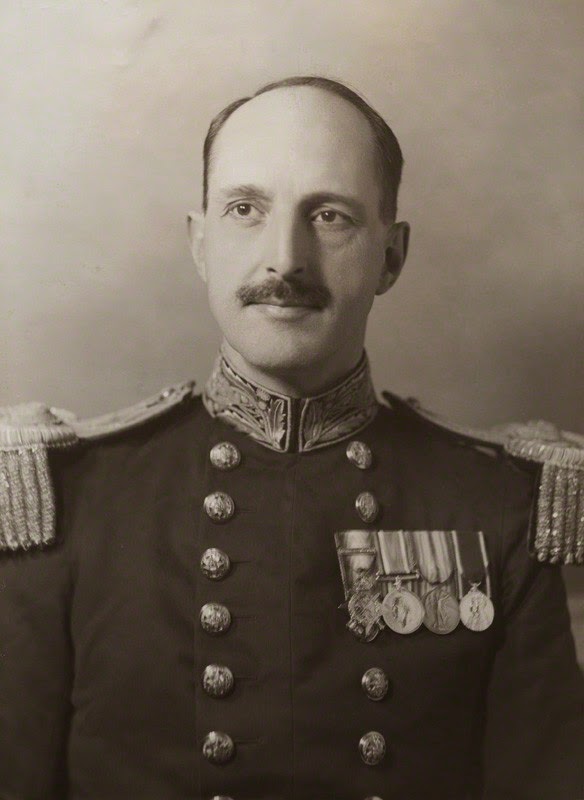 Ramsay's growing hatred of socialism and communism created a powerful belief, in his mind, that Jews were party leaders and ideologues in Russia, and that Germany needed to be defended against rampaging Jews, anti-Christian atheists and Soviets. Jewish press barons and Jewish intern­at­ional financiers were the worst, because they held the most power.

Ramsay believed that even the British Conservative Party was under Jewish control. For proof he showed that Leslie Hore-Belisha was appointed Secretary of State for War by Neville Chamberlain in 1937, even though the Conservatives did not like a Liberal National getting this Ministry. Worse still, conservatives hated Hore-Belisha's Judaism and labelled him a Bolshevik who could not wait to declare war on Germany. In 1940 Hore-Belisha was dismissed from the Ministry, not the doing of the Right Club but because he introduced conscription.

In the meantime, Ramsay established the Right Club in May 1939 that would be free of Jewish “malevolence”. The secret membership list was sealed in leather-bound Red Book, but evidence came out later that members included William Joyce/Lord Haw Haw; Arthur Wellesley Duke of Wellington, Baron Redesdale, Lord Ronald Graham, Anna Wolkoff, Duke of West­min­ster, Earl of Galloway and other important aristocrats mentioned in the post on Sir Oswald Mosley. For the first time I saw the badge of the Right Club, an eagle killing a snake with the initials P.J/Perish Judah.

This society was to link up those people who opposed Jews in general, and war against Germany in particular. Yet Ramsay already had the ear of pro-German politicians. It has been suggested any secretive meet­ings were eventually dominated by Oswald Mosley and his supporters, so Ramsay felt he had to create his own political space. But even so, I am not clear what relat­ionship Sir Oswald Mosley and his British Union of Fascists had with the Right Club. Did Mosley, Ramsay and Lord Haw Haw do coffee mornings together?

The film showed that in March 1940 Ramsay asked questions in Parl­ia­ment about William Joyce/Lord Haw Haw. Joyce had been an English-speaker who had recently moved to Germany to run a Nazi propaganda radio station in Hamburg. Mosley had already sacked William Joyce from the British Union of Fascists, so it was interesting that Ramsay was seen to be giving Joyce warm support and great advertising in Parliament. 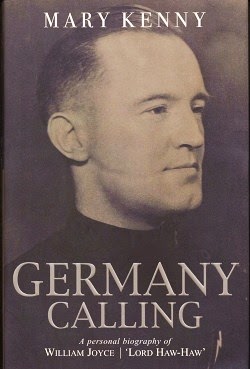 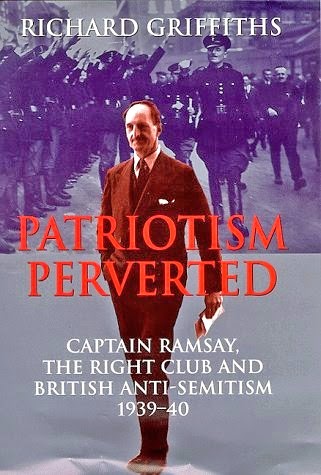 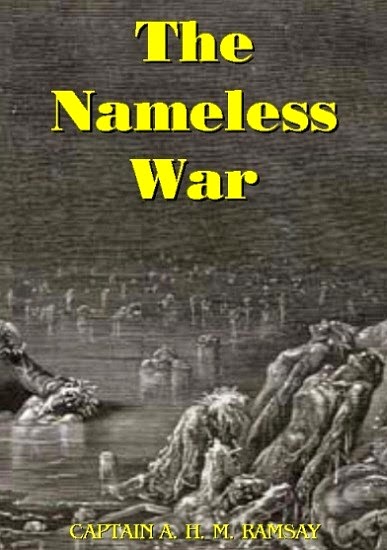 MI5 had its eyes well and truly fixed on the Right Club. Its agents ensured that the British government was fully up-to-date on Ramsay and the other pro-Nazi members. But the film concentrated on two members of the Right Club in particular. The first was Anna Wolkoff, the daughter a Russian admiral. Wolkoff ran the Russian Tea Room in London and offered her space for meetings of the Right Club. Spartacus but not the film mentioned that MI5 agents knew that Wolkoff had developed a close relationship with Wallis Simpson and that the two women might be involved in passing state secrets to the German government! They also knew of Wolkoff’s connections to Rudolf Hess and to William Joyce/Lord Haw-Haw in Germany.

The second was Tyler Kent, a decryptor in London’s American Embassy. Kent’s self-proclaimed role was to copy and leak the secret corresp­ondence between President Franklin Roosevelt and Winston Churchill. Once the American public understood that Roosevelt was lying about his country’s neutrality, Kent believed, Roosevelt would be run out of Washington in disgrace. So Kent’s flat was searched and he was arrested; the locked Red Book was opened. 2000 classified documents between Franklin Roosevelt and Winston Churchill were taken away.

There was no mention of  Sir Joseph Ball in the film. He had been head of investigations at MI5 since the 1920s and as Winston Churchill began to urge Chamberlain to overturn his concept of appeasement that seemed to be leading to war, Ball did whatever he could to block Churchill’s taking the prime ministerial position.

In May 1940 Ramsay was arrested and sent to gaol on a Regulation 18B, a Defence Order giving the Home Secretary the right to imprison treasonous people without trial.

Ramsay came out of gaol September 1944 and returned to Westminster to take up his electoral duties in the House of Commons. The film did not mention one thing that others have discussed; that Ramsay put forward a private member’s bill, reinstating the Statute of the Jewry origin­ally issued by King Edward I in 1275, placing onerous restrictions on medieval Britain’s Jews. [In 1290, King Edward issued an edict expel­ling all Jews from England, an event Ramsay may well have approved of]. But it didn't matter - Ramsay's days as a parliamentarian were rapidly coming to an end.

Catching Anna Wolkoff and Tyler Kent was important; they were arrested and charged under the Official Secrets Act in November 1940 and both received long sentences. But I would have liked a much greater analysis of the links between The Right Club and Sir Oswald Mosley, Lord Haw Haw, Wallis Simpson and other significant players. And although Winston Churchill did not become Prime Minister until May 1940, I would still liked to have known his true feelings about The Right Club.

I also wondered how much Ramsay had learned about the horror of anti-Semitism, once the news of 6 million Jews being exterminated reached Britain. Not much, it would appear. Well after the war in 1952 Ramsay wrote his book The Nameless War, strongly restating his old political conspiracy theories and saying why it was essential to eliminate the influence of Jews.

Ramsay died in 1955. His Red Book, that was not de-coded for decades, gave the names of 235 people, including many conservative MPs and noblemen.

We covered a lot of these people in courses, including Sir Oswald Mosley and Lord Haw Haw. And you noted ages ago that The British Union of Fascists' major supporter was the newspaper mega-magnate Harold Harmsworth, 1st Viscount Rothermere. Plus 2nd Baron Redesdale and two of his Mitford daughters. But I don't remember Archibald Ramsay's name.

I didn't know Ramsay's name until the film came out. Yet Spartacus Educational said that in 1935, secret agents from Nazi Germany established the anti-Semitic Nordic League. Initially known as the White Knights of Britain, Ramsay soon emerged as the leader of this organisation. The Nordic League was primarily an upper-middle-class association, thus helping Ramsay become the unofficial leader of the extreme right in Britain. I wonder if that was true.

Gosh, what plotting and planning and intrigue you have revealed here. The connections between all these people are labyrinthine no wonder that researchers continue to try and find the truth of it all. And, will it ever really be understood we wonder?

Ramsay certainly was a central figure but we knew very little of all of this. We have long been intrigued by the Mitford Girls and their respective involvements in things aristocratic and political. Such a tangled web....

The Mitford siblings deserve a blog post on their own... I can't believe I have not written about them in 5 years of blogging.

The 2nd Baron Redesdale and his wife were nasty Fascists and you might have expected their children to follow. In fact Diana, Unity and Thomas were definitely Fascists, both girls adoring Hitler. Thomas refused to fight for Britain against the Germans. Pamela was a nasty anti-Semite but I don't think she was a paid up member of anti Fascist organisation.

I've recently read the alternative-history novel Dominion by C J Sansom in which Churchill did not become Prime Minister and Hitler won the war. In the novel, Germany has dominion over the UK and the author speculates that it would have been all too easy to find brown shirt and right wing support for German plans, including the eventual expulsion of Jews from UK. It is all a little disturbing because what the author talks about in the book very closely mirrors what we are currently seeing in the press with respect to the rise of UKIP.

An alternative history of WW2 might not have been so radically unbelievable. Many people believed that the German army invaded and controlled the four channel islands, specifically to launch themselves onto the British mainland.

They FULLY developed on Jersey and Guernsey every system that they would need in London, Glasgow and Manchester etc - German currency, German Central Time, bunkers, airports, railways, shops, post offices, hospitals, military parade grounds and so on.

I remember that post! We spent this past weekend in Normandy though and visited the American Cemetery. Having recently been so disheartened by how close we had come to authoritarianism, I was moved to see how carefully planned and executed the Normandy landings were. It occurred to me to question popular opinion that the Germans lost the war and to consider that the Allies won it.

I think there is a great deal of history yet to be written about Germany's plans to invade mainland Britain.... and about the possible response the Germans might have received from Britain's own Fascists.

It is not a popular topic for Brits to read, however.

Hel, here is a book that picks up all the key players: Rendezvous at the Russian Tea Rooms, by Paul Willetts.

As London teetered on the brink of the Blitz in the summer of 1940, an extraordinary and potentially catastrophic spy plot was unfolding in the streets, cafes and clubs of the blacked-out capital. Two foreign agents (Anna Wolkoff, a Russian Fascist and Tyler Kent, a US worker in that nation's Moscow embassy) from two very different walks of life were working undercover to try to overthrow the British government and change the course of the war.

One man stood in their way… an eccentric, dapper MI5 spymaster (Maxwell Knight) who was noted for personally befriending his staff and liked nothing better than taking his pet bear cub Bessie for walks around Chelsea on a lead. Their meetings were held the Russian Tea Rooms in London.

I know it is morbid, but I am totally fascinated in Sir Oswald Mosley, Captain Ramsay and The Right Club, Tyler Kent, Anna Wolkoff, William Joyce and their colleagues. Now I will have to read the book to learn about Maxwell Knight, Majorie Amor etc. Thank you.