My father, an engineer who studied at Melbourne University in the late 1930s, is 91. I asked him to select his greatest hero and it was a no-brainer: John Monash the engineer.

Well before the war, John Monash (1865–1931) graduated from the University of Melbourne: a Master of Engineering in 1893; a Bachelor of Arts and Bachelor of Law in 1895. He made his career as a civil engineer, initially working for private contractors on bridge and railway construction, and as their advocate in contract arbitrations.

Monash and his friend JT Noble Anderson worked as civil, mining and mechanical engineers, spending time in Queensland, New South Wales and Western Australia as required. Even better times were coming, once Anderson gained the patent rights in Victoria for reinforced concrete construction. In 1905 the Reinforced Concrete & Monier Pipe Construction Co. was created, to concentrate on the use of reinforced concrete in general building construction. The company undertook work on tanks, culverts, silos, country post offices, suburban banks and warehouses. 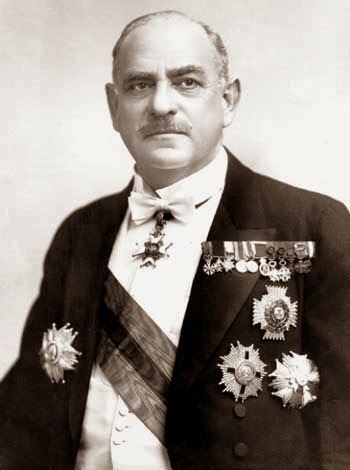 Largely monopolising concrete construction, their company under­took lots of jobs at a time and formed a South Australian reinforced concrete company as well. Monash was making a huge success out of this rather revolutionary building material; every engineering and architecture student understood the critical role played by Monash in introducing reinforced concrete to Australian industry.

Monash took a leading part in his profession and became president of the Victorian Institute of Engineers and a member of the Institution of Civil Engineers, London, something we need to remember when he came back to Australia after WW1.

Now for a very brief mention of the war. Monash took charge of the new Australian 3rd Division in the battlegrounds of France and in May 1918 he was made commander of the Australian Corps, at the time the largest corps on the Western Front. In August 1918 the successful Allied attack at the Battle of Amiens, which helped end the war, was planned by Monash and spearheaded by British forces including Monash’s Australian Corps and the Canadian Corps. Monash was considered to be one of the best allied generals of the First World War.

Read about WW1 in John Monash: a biography by Geoffrey Serle (Melbourne U Press 1998). 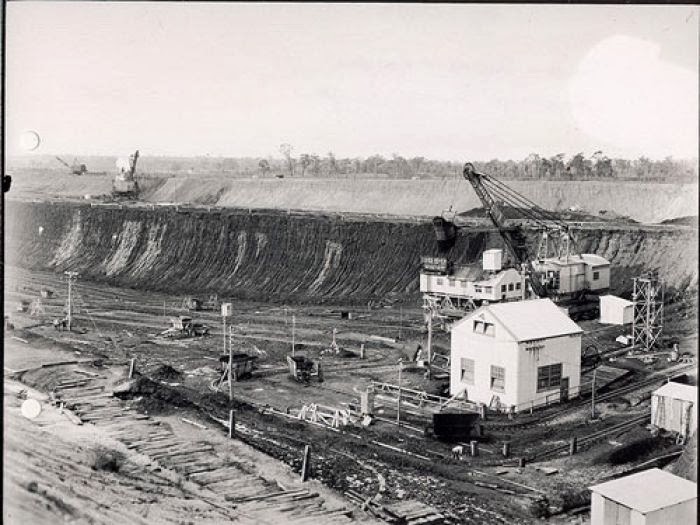 He also had a full and valued life after the war. In May 1919, General Monash was asked by the Victorian agent general in London to help liberate technical secrets from German brown coal mining com­panies in the Rhine Valley. Monash sent a trust­ed colleague, Major Noel Mulligan. In just four weeks of secretive work, Mul­ligan amassed heaps of engineering drawings, photographs and technical data, including a working model of the latest German briquette press design.

Later on, the information about Rhenish coal mining was to prove enormously valuable to the State Electricity Commission of Victoria in its role developing the brown coal resources in the Latrobe Valley. But did Monash know in May 1919 that the SEC was to be founded after the war? And did he realise he would be its first director?

Monash was appointed Director-General of Repatriation and Demobilisation, heading a newly created department to carry out the repatriation of the Australian troops from Britain and Europe. In Aug 1919, while still in London, he wrote the book The Australian Victories in France in 1918, although it was not published until mid 1920. He returned to Australia in Dec 1919 to a warm welcome.

Later, Monash worked in prominent civilian positions, the most notable being head of the State Electricity Commission of Victoria from October 1920. He was also vice-chancellor of the University of Melbourne from 1923 until his death eight years later.

Sometimes Monash’s war role overlapped, in the 1920s, with his civilian responsibilities. He was the natural spokesman for returned soldiers. He took command of the Special Constabulary Force during the police strike of November 1923 and chaired the subsequent royal commission. And from 1925 on, he led Melbourne's Anzac Day marches and became its chief organiser. From an important general in Europe.. to one of the principal organisers of the annual observance of ANZAC Day back at home in Australia!!

There had always been a proposal to build a beautiful shrine in Melburne, honouring those men and women who had left Australia to answer the call of the Motherland. The guidelines were set by 1922 when the competition was announced to architects everywhere. 83 architectural firms responded and two Melbourne ex-servicement-architects, Phillip Hudson and James Wardrop, were declared the winners. Five years later, Sir John Monash was still lobbying for governmental and public support for the Shrine of Remembrance. 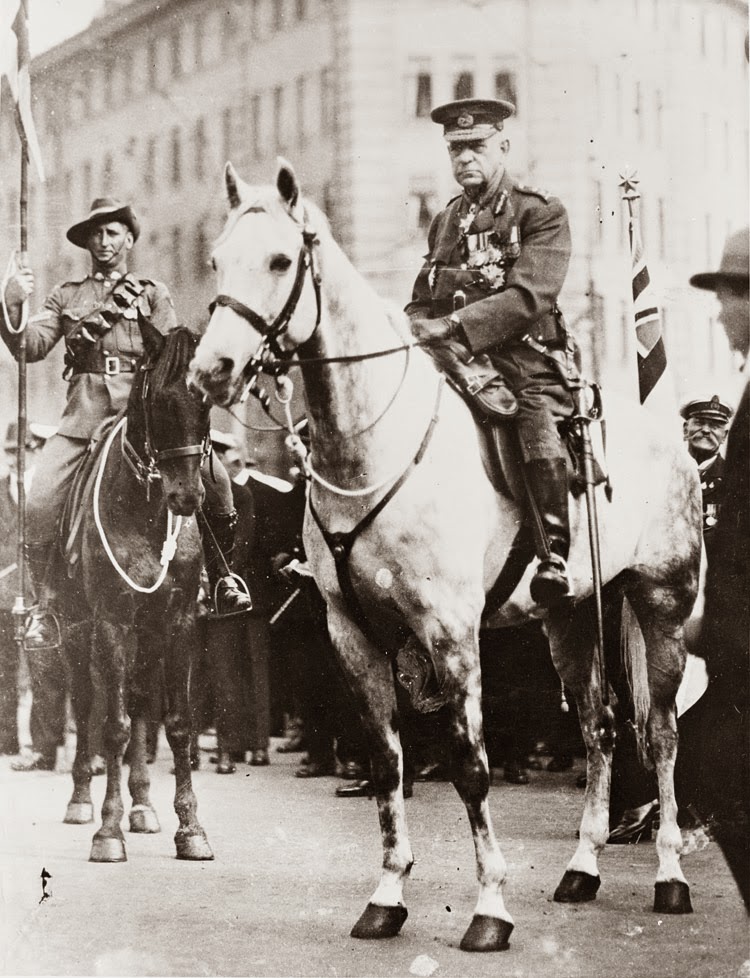 The foundation stone was laid on Remembrance Day 11th Nov 1927, but the timing could not have been worse. The depression led to mass unemployment and failed banks. Although both the state and federal governments gave funds, just over half the cost of the Shrine had to be raied by public contributions, with Monash as the chief fund raiser. Monash, still an engineer, took personal charge of the construction, which began in 1928 and was handled by local contractors. Alas the completed Shrine was not officially dedicated until Remembrance Day Nov 1934, too late for Monash.

Sir John Monash died in Melbourne in Oct 1931 and he was given a state funeral. 300,000 mourners, the nation's largest funeral crowd to that time, came to pay their respects. After a Jewish service, and a 17-gun salute, he was buried in a Melbourne cemetery.

The Australian Dictionary of Biography wrote that Monash was, in the 1920s, broadly accepted as the greatest living Australian. Especially by my father and every engineer who ever graduated from Melbourne University.

Hello Hels, I can see why John Monash has been idolized in Australia, as one who was ever-ready to serve his country. He reminds me of the phrase "There were giants in those days" and the photo bears out his strength of character.

Incidentally, was he Jewish? You mention a funeral service, but little else about his background.
--Jim

Some people shine so brightly that they illuminate all around them.

What an extraordinary man and I knew little of him. As a teen, I briefly lived in Monash Road, Newborough which is near the Yallourn open cut mine.

Like Andrew I knew little of him, except when he was a general. But I know this. When Melbourne got its second university, they gave the namimg honours to Monash. I was an early student at The Farm.

giants indeed. He was born to Prussian Jewish parents and spoke German as his primary language. He had very scholarly parents and they had a VERY scholarly son.

Being a German-speaker in 1914 was not a good thing to be, so he never referred to his Prussian background again.

He and his wife were excellent members of the Melbourne Jewish community and seemed to be honoured by every Jewish organisation.

I agree... there may only be a handful of shining people in every generation. The nation is fortunate when those people are allowed to reach their full potential.

But I am especially glad his names lives on near Yallourn. Because that was one of the projects he cared most about.

When Victoria was planning a second university in the early 1960s, they selected a great name. I bet the name surprised people back then - it was the very first university in Australia to be named after a person, rather than a city.

Snap! My father is also 91 and studied engineering. Not in Melbourne though.
Was your father born in February?

I had come across John Monash when I was researching Joseph Monier and Gustav Wayss and the development of reinforced concrete but did not know all the detail you presented in this post. Thank you. Gives me an understanding for the ubiquitous use of his name throughout Melbourne/Victoria.

He certainly collected a few gongs along the way, but by the sound of it rather deserving.

His name is familiar to me, but I knew nothing else about him.

*high 5* we may be twins! My father did his final year of engineering after being in the army, got married in uniform in 1945, then we children came along in the baby boomer years of the late 1940s.

My brothers and my sons were all engineering focused. I was the only technologically inept person in the family :(

Good on you for knowing about Joseph Monier and Gustav Wayss and the development of reinforced concrete! I bet not very many people in the universe would know about their history.

In 1886 Gustav Adolf Wayss bought Monier's patent and developed it further in Germany.

Monash created a company in 1905 and developed the use of reinforced concrete even further.

Hi Hels. I mentioned February because almost all of my father's engineering friends were born in that month (as was he), and they used to have a combined birthday bash. Unfortunately he has outlived them all. One of the down sides of reaching that age.